The Mohr-Coulomb joint model has the following deficiencies when used to model seismicity in jointed models. 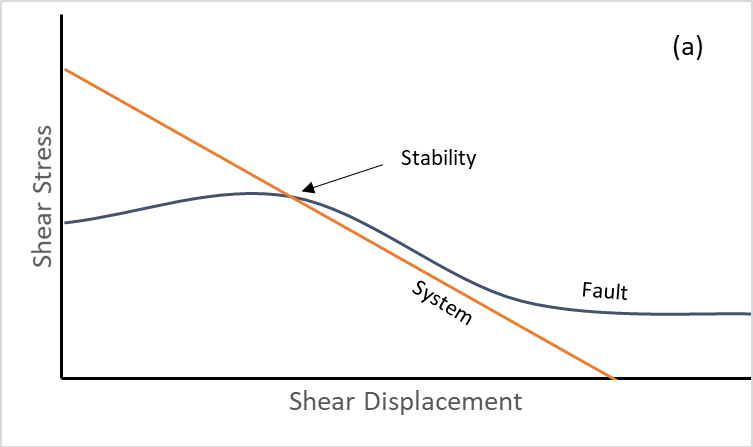 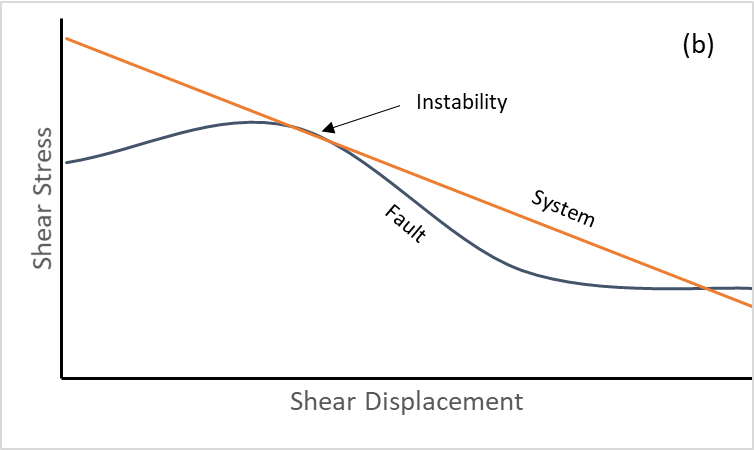 The Bilinear Mohr-Coulomb Joint Model has two different shear strength envelopes. The failure envelope changes when a critical level of normal stress is exceeded. By default, the normal stress threshold is automatically calculated at the intersection of the two failure envelopes, but the user may override this default and specify any value.

The creep behavior in a discontinuity is of a different nature depending on the joint surface (planar or rough) and on the filling material (gauge).

To simulate creep due to the filling material, 3DEC uses an adaptation of Norton’s law — commonly used to model the creep behavior of soft rocks subjected to a shear load — for the joint elements.